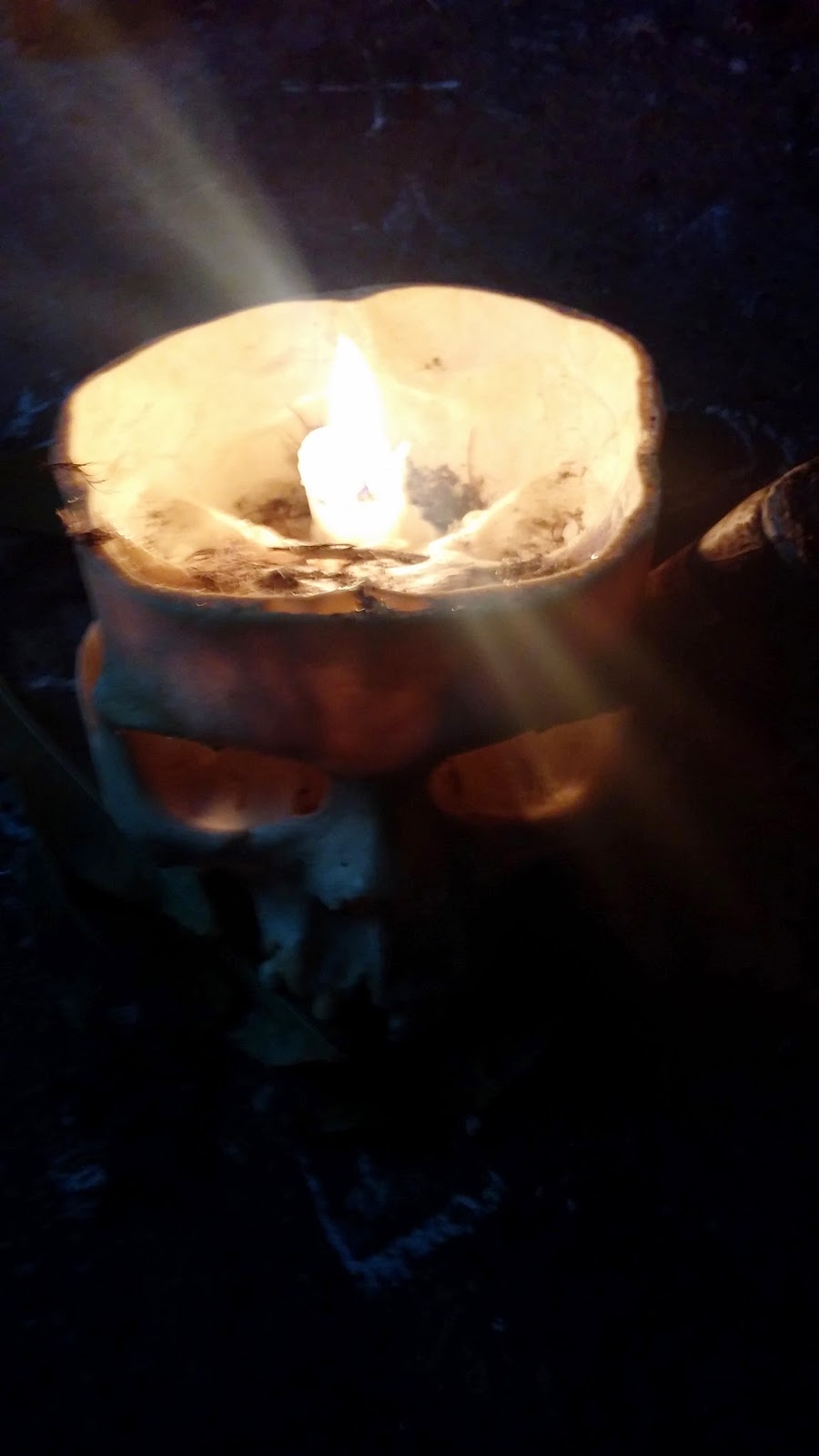 Working spirit for a student / client this weekend, and a few thoughts came to mind. One in particular was about the nature of bone, spirit, and pact as it has moved through time....and how Cuban Palo's history has manifested itself in American Palo.

There were many Chinese in Cuba working during the slave times, and the societies of Cuba, the Munanso, the cabildo, etc often contained members who were of partial or full Chinese Ancestry. Many of us, Mayemberos and Brillumberos alike, count Tata ndi bilongo "Chino" Arriete as an ancestor. There is an old line of co-working and powerful Cuban spirits of Chinese ancestry in the current of Palo. Their influence flows in interesting ways though practice.

As I'm working with the remains of an individual to bring forth his spirit from the un-manifest and pregnant darkness, we begin to connect. His identity starts to press against reality, like a finger pushing against water and without breaking the surface tension. As any image viewed through water---and therefore any viewed through the Kalunga--had distortion, so the images received at this time from spirit. This particular spirit suffered an ignoble end.

His bones--a portion of which I worked over with lustral waters, with mpembe, with mpemba, with ntoto--spoke of his ill use. Of his poor upbringing, of his incarceration and suffering in China. Of his death, which may as well have been a slow execution. His remains sold. "Legally" sold, which does absolutely nothing for him. Without receiving the death rites, the prayers and incense, the connection with both ancestor and child he floats moor-less in the dark. Even if he would be accepted among his ancestry, he doesn't feel worthy of such a thing. He's been in the dark for sometime now, and his mind has come to reflect his environment. Words come with difficulty, structure with difficulty. He's an entity of the formless, and remembering his form is both sweet and sad at once for him.

I speak to him of pacts. How he is called is secret, of course....but he is called how nature calls all things formless into form.

He longs for context. For meaning, for power and form. He longs to *do* things. He is willing to work. He wants to. He won't find himself alone in this company of Spirits.

How interesting. Many of the bones we work, as we can acquire them legally, are of Chinese persons. Persons who have not had proper burials or rites, and are sent powerless into the dark. Rites can change this, can empower the living and the dead. The pact is good, for both the Tata and the Nfumbe.

People have asked me how a Chinese spirit can work with Palo, and it's amusing. Chinese folk been involved in Palo for centuries. The world isn't simple, and many alliances have been forged. Working peoples tend to find away to get along and get ahead.

Those first pacts made between communities, particularly between spiritual workers, continue to manifest their power in our structure and practice.